The blissful time of year when everything gets a little lighter…days, clothing, meals and most notably…our state of mind.

Depending upon where you reside, the seasonal shift into Summer is either subtle, or slightly more dramatic.  But either way…there’s an attitude that drifts in with the balmy winds and blue sky.  It fills our days with a gentle lightness of being we don’t seem to experience at any other time of year.  END_OF_DOCUMENT_TOKEN_TO_BE_REPLACED 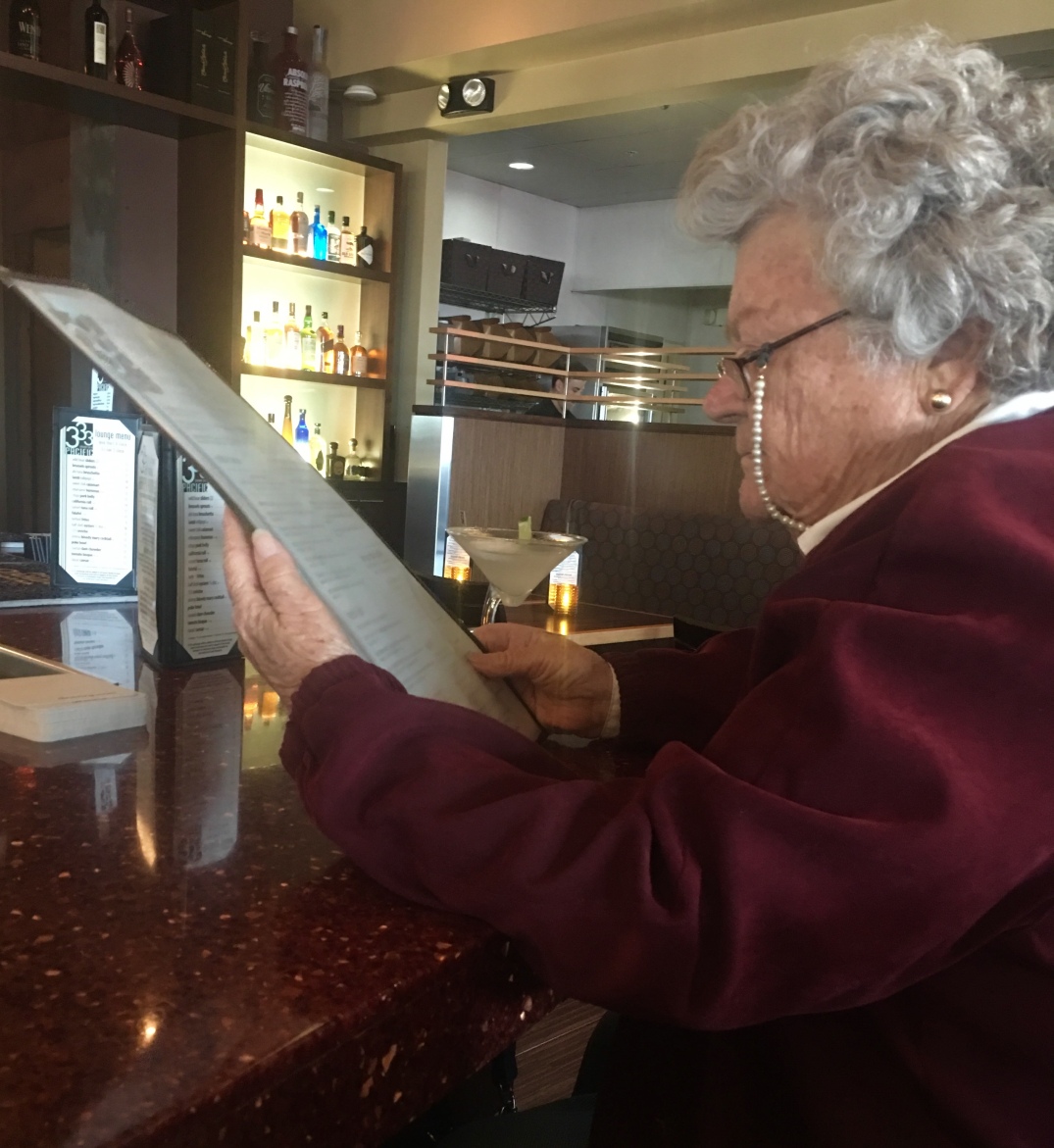 Annie and I met recently while seated beside one another at a bar during Happy Hour in a very busy establishment in Oceanside, California.

I couldn’t help but overhear how specific she was in ordering her Key Lime Martini.  I leaned in to let her know that although I was predominately a wine drinker, I was intrigued by her order.  END_OF_DOCUMENT_TOKEN_TO_BE_REPLACED

One beautiful summer night not so long ago, while spending a lovely evening with some girlfriends, I showed them this photograph. I then asked them to tell me the 1st thing they saw.

The answers varied, as each of them noticed something a bit different.  I got everything from ”The sunlight shining through the leaves”, “Shades of green”, “The little orange flower” and finally, ”A broken pot”.  The question was then turned on me when one of them asked, ”Why, what do you see?”

Everyone got very quiet for a moment then stared at the photo again. I couldn’t help but  smile as one of them squinted, as though she was looking for me lurking somewhere in the background.

But I was right there, front and center.  I was the clay pot with the big crack down the middle. I quickly pointed out that I’d chosen to see myself as “cracked” versus “broken”.

I explained to my dear friends that when I’d taken this photograph, 2 things immediately came to mind.  1st, my favorite quote by Leonard Cohen: “There is a Crack in Everything, That’s How The Light Gets In”.  2nd, how this lovely clay pot looked so peaceful basking in the sunlight, surrounded by greenery, flowers and good energy. To me it appeared perfectly content to be just as it was, yet to someone else it looked broken.

This led us to a very interesting Wine assisted discussion about the ways in which we see ourselves and our imperfections. How self acceptance isn’t always easy to come by because so many of us view our flaws as these big negatives, rather than as something different or unique.

We were well into our second bottle of Wine, when it was determined that perfection was highly over rated.  Who was holding the yardstick measuring what was deemed as damaged or in need of fixing? (On that note, I may have just dated myself…do they even make yardsticks anymore)?

We also agreed that we are often far too hard on ourselves…that our imperfections are a valid and interesting part of who we are…and that Leonard Cohen was a lyrical genius who understood everything there was to know about real life.

By our 3rd bottle of Wine, it was unanimously decided that I was a self proclaimed crack pot (lol).

Our wine infused conversation that night was kept lighthearted and filled with laughter, and yet it was also deep and very meaningful.  One of my favorite questions came from the friend who had seen “a broken pot”.  It stayed with me long after our evening ended and it’s one I continue to think about.

She asked…“Is it too far of a stretch to see our flaws as being part of what makes us fabulous?”

I certainly hope not, because I like to believe we can still be perfectly ok…even on the days we may not feel we are in one piece.

For today friends…this is The World As Eye See It

Our next door neighbor has this black iron fence around the front of their property. I walk past it everyday and admire the flowers they seasonally grow on the inside.

Their small yellow Rose bush has never had more than a couple of blooms on it at any given time. They may be few…but they are always exquisite.  END_OF_DOCUMENT_TOKEN_TO_BE_REPLACED

I have this deep affection for photographing benches in Nature. It’s really become kind of a thing with me, especially in the last couple of years.  I’ve likely taken hundreds of shots of them in all kinds of places, seasons and settings.

It’s taken me some time to finally understand, that what I am really drawn to…is the stillness they represent.  END_OF_DOCUMENT_TOKEN_TO_BE_REPLACED

On the 1st day of 2018…I went walking on what was a bright, beautiful sunny morning.  There’s nothing like beams of sunlight shining down on a frosty New Years day, to lead one to feeling hopeful about what lies ahead.  END_OF_DOCUMENT_TOKEN_TO_BE_REPLACED

It’s hard to believe we are preparing to watch the sun set on another year gone by. It wasn’t that long ago we were saying so long to 2016, while anticipating all the possibility of the 2017 we were about to ring in.

And yet…Here We Are Again. END_OF_DOCUMENT_TOKEN_TO_BE_REPLACED

I find myself struggling to wrap my head around how we have arrived in the month of October already!

We’ve now officially said “so long” to Summer, and each day that familiar Fall feeling is inching its way closer to my heart. As the days quickly pass, I notice how Dawn sleeps in a bit later…while Dusk greets me a wee bit earlier.  END_OF_DOCUMENT_TOKEN_TO_BE_REPLACED

Every writer knows there are times when we hit a stumbling block.  I’m not just talking about professional or published writers either…I’m talking about the writer that resides inside all of us.   END_OF_DOCUMENT_TOKEN_TO_BE_REPLACED 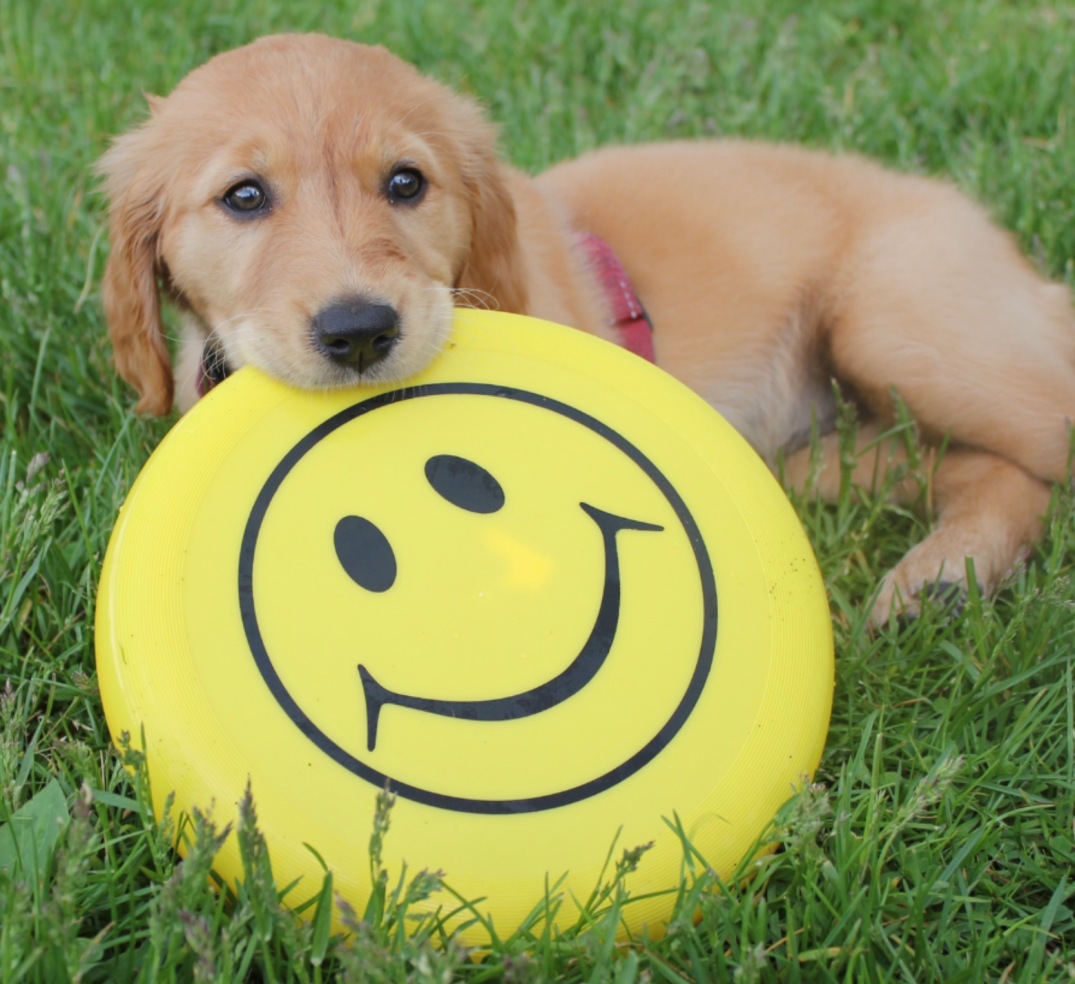 One of the things I love most about Summer, is the happy, lighthearted feeling in the air.

Even though we are now in the early days of September, the warm sunshine is carrying on. Flip Flops will remain the fashion shoe of the season (for at least another weekend), and that wonderful BBQ smell can still be inhaled from just about anywhere.

Summer has always been considered a happy season, but I noticed over the last several weeks that I’ve been stumbling upon my share of grumpy people. The temperatures out there may be hot, but the mood has felt a tad chilly.

Being an optimist by nature, when out in public I like to exude a good energy.  I was taught early on that it’s not anyone else’s problem if I’m tired or having a rough day, so when I walk out my front door, its usually with a positive vibe and a courteous disposition. I normally get a lot of that in return.

But something in these last weeks has felt a bit “off”.

It started with my running into this unsociable dog owner in my neighborhood. Every few days for several weeks, we seemed to be walking our dogs at the exact same time. Without fail, when she sees us approaching, she yanks on her little dog, mutters how he is “unfriendly” then abruptly crosses the street.

I couldn’t help but wonder…is it the dog, or perhaps the dog owner who has the unfriendly issue?

But it was branching out from there…lots of discourteous drivers, seemingly stressed out store clerks, impatient customers in line ups…and most noticeably, the “Grumpy Parkade Guy” from my office building.  He earned the title of being most noticeable simply because I started seeing him 5 days a week as I drove into our office parking garage.

One morning about a month ago, he just appeared at the end of the ramp.  I think he was there to assist with some of the construction crews that were coming and going.

The 1st week, he glared at me every single morning. I’d pull in to see him standing there, hands on his hips, giving me a “look” as I drove past.  Now granted, we didn’t know one another, so he certainly didn’t owe me anything…but he looked at me with such disdain and as though I was annoying him somehow.

On the 5th day of that 1st week, I got more of a “if looks could kill” kind of a look…Grumpy Parkade Guy had taken the glare up a notch!

So what was it?  Did he not like my car, was my music too loud, did he have something against brunettes?  I was creating all kinds of scenarios in my head and doing that thing we are never supposed to do…ASSUME!

So I decided to take action, I was determined to get this guy to smile. And that’s how Grumpy Parkade Guy became my little Positivity Project!

The following Monday morning I pulled in the usual way, and there he was, in his usual stance with that familiar scowl. I slowed down slightly, looked right at him, then extended a warm smile and a wave as I drove past. I think it caught him off guard.  His expression went from grumpy, to slightly confused.

Tuesday, the same deal…slow drive by, a big smile and a wave. He responded with a head lift (but still no smile).  Now for those that aren’t aware, a head lift is when you raise your chin up slightly.  It’s not a full nod, just more of an acknowledgment. It was enough to give me hope that a tiny glimmer of progress was being made.

Wednesday I gave him my own head lift, flashed a bigger smile and extended the usual wave.  His response was a head lift and a slight smile!!! I was definitely on to something.

Thursday…I was still initiating the routine, only this time he gave me a wave and a full smile in return! I felt like a kid who’d just got pinned with the gold ribbon on track & field day!

Then on Friday…I hit the jackpot. GPG (Grumpy Parkade Guy) not only gave me a head lift and a big full smile, but HE WAVED FIRST!

That’s right, he waved before I did! We’d hit a new level in our relationship. If I wasn’t strapped into my seatbelt with cars lined up behind me…I may have jumped out and done a small cartwheel right then and there!

It only took 5 days of me being consistently positive to turn the attitude of GPG around! My little Positivity Project was working out nicely.

So here’s what I learned…

I could have easily kept driving in every morning developing unsubstantiated and ridiculous scenarios in my head about this glaring, seemingly grumpy guy I knew nothing about (and still don’t). But instead, I took the positivity high road. I chose to step up and be the 1st to see if being more positive on my end, could instill something more positive on his end.  It absolutely did and I was so excited because of it.  It proved to me once again…that the gift is in the giving.

I’m happy to report that FGPG (Former Grumpy Parkade Guy) and I have continued on with our enjoyable early morning routine. We now smile and wave in tandem.

There can be a wonderful ripple effect when we extend a little random act of kindness.  A simple gesture like a smile, a wave or any small courtesy has the power to change a mood or shift a state of mind.

My little Positivity Project became a very valuable experience, as I was reminded how it’s not up to us to know, make judgment upon, or decide anything about a person when they appear unfriendly or give us an unwarranted glare.

But maybe…just maybe, it is up to us to extend and inject a little positivity their way because of it.

For today friends…this is The World as Eye See it.

This is a text widget, which allows you to add text or HTML to your sidebar. You can use them to display text, links, images, HTML, or a combination of these. Edit them in the Widget section of the Customizer.
Loading Comments...